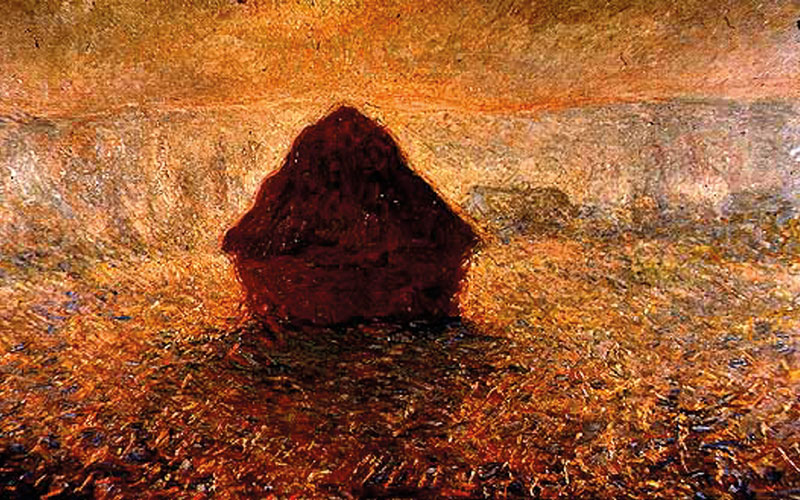 What can 19th century agriculture teach us about the Solvency II Prudent Person Principle?

Take the case of Vaughan versus Menlove. In the summer of 1835, in Shropshire, a Mr Menlove – by all accounts not the brightest of farmers – made a haystack on the boundary of his property. He built it close to his own wooden and thatched buildings, but also to two cottages belonging to a Mr Vaughan.

Menlove was warned several times, over a period of five weeks, that his haystack was very vulnerable to fire, but replied that he would chance it. Eventually the haystack did indeed ignite, and the resulting conflagration destroyed not only Menlove’s barns and stable, but also the cottages owned by Vaughan – who promptly sued him.

Initially found guilty of negligence, Menlove’s lawyer argued on appeal in 1837 that the crucial test was simply “whether he acted bona fide to the best of his judgment; if he had, he ought not to be responsible for the misfortune of not possessing the highest order of intelligence.”

The court disagreed, arguing that basing the assessment of blame on Menlove’s own subjective judgment “would leave so vague a line as to afford no rule at all … we ought rather to adhere to the rule which requires in all cases a regard to caution such as a man of ordinary prudence would observe”.

A 2002 paper, ‘The prudent person rule standard for the investment of pension fund assets’, published by the Organisation for Economic Co-operation and Development, provided a modern definition of the prudent person principle in a fiduciary context: “A fiduciary must discharge his or her duties with the care, skill, prudence and diligence that a prudent person acting in a like capacity would use in the conduct of an enterprise of like character and aims.”

A similar test is enshrined in Article 132 of the Solvency II Directive, which sets out in less than two pages the high level, and mainly qualitative, prudent person principles that apply to investments.

In a regime largely built around lengthy lists of detailed rules, the prudent person principle in Solvency II is an example of a compact, principles-based requirement. It replaces the more detailed and quantitative tests that often applied under Solvency I.

In September 2019, Charlotte Gerken, director for Cross-cutting and Insurance Policy in the Bank of England’s Prudential Policy Directorate, gave an important speech entitled ‘Insurance risk management in a changing world’.

The speech launched a consultation on a guidance note on the Prudential Regulation Authority’s (PRA) expectation for UK insurers to implement the prudent person principle – one that, in May 2020, resulted in Supervisory Statement 1/20. This supplemented the two pages of principles in the directive with 16 pages of PRA requirements.

One reason for the new guidance was the increased movement of insurers’ portfolios, particularly those backing annuities, into unlisted, illiquid and unrated investments, due to “historically and enduringly low interest rates and spreads”, and “incentivised by the matching adjustment”.

Another concern was the different way in which the principles had been applied. The PRA observed that: “Firms have not implemented them to a consistent standard, taking into account their varying business models, scale and complexity.”

In Vaughan versus Menlove terms, one might ask: did the implementation of the prudent person principle “leave so vague a line as to afford no rule at all?”.

This led the PRA to issue its Supervisory Statement to level-up best practice and ensure the industry was not vulnerable to unexpected fires from asset-based risks.

The prudent person principle is a largely qualitative test, but that does not mean that insurers should apply it subjectively. One of the PRA’s concerns seems to have been that, rather like Menlove’s lawyers, insurers were assessing the prudence of their investments based on their own judgments, rather than what another similar insurer, or indeed another actuary in similar circumstances, might regard as reasonable. This objectivity:

Nevertheless, it does introduce a key element of objectivity into the assessment of what is suitable. In our experience, an insurer’s second and third line of defence can provide an important challenge here,
as can the non-executive board members.

What can insurers learn from 19th century agricultural science? From Menlove’s fire we learnt that:

And from Liebig’s law of the minimum (see box below) we have seen that an insurer’s ability to invest in increasingly complex, illiquid assets can be constrained by resource shortages and by the lowest stave in their competency barrel.

The well-known Peter principle in business states: “In a hierarchy, every employee tends to rise to his level of incompetence” and is rather well illustrated by Mr Menlove’s success, or lack thereof, as a haystack engineer.

The prudent person principle explicitly seeks to reverse the Peter principle – insurers should invest up to, but not beyond, their level of competence. As Investment 2.1(1) of the PRA Rulebook makes clear: “Firms may only invest in assets the risks of which they are able to identify, measure, monitor, manage, control, report and take into account in their assessment of own solvency needs in their own risk and solvency assessment.”

In practice, this means firms are constrained by Liebig’s law of the minimum, a principle developed in agricultural science in 1840. This states that growth is dictated not by the total resources available, but by the scarcest resource (the limiting factor). It is also known by its more modern name: the barrel principle.

When performing a self-assessment of their investment capabilities in terms of different asset classes and different elements of their investment frameworks, an insurer’s ability to invest will be constrained by the lowest ‘stave’ in their ‘barrel’.  Hence, as part of their prudent person principle, review insurers should identify key areas for improvement, and key resource shortages and competency shortfalls, to ensure they are not unduly constrained.

This article appeared in our October 2020 issue of The Actuary.
Click here to view this issue
Also filed in
General Features
Topics
General Insurance
Modelling/software