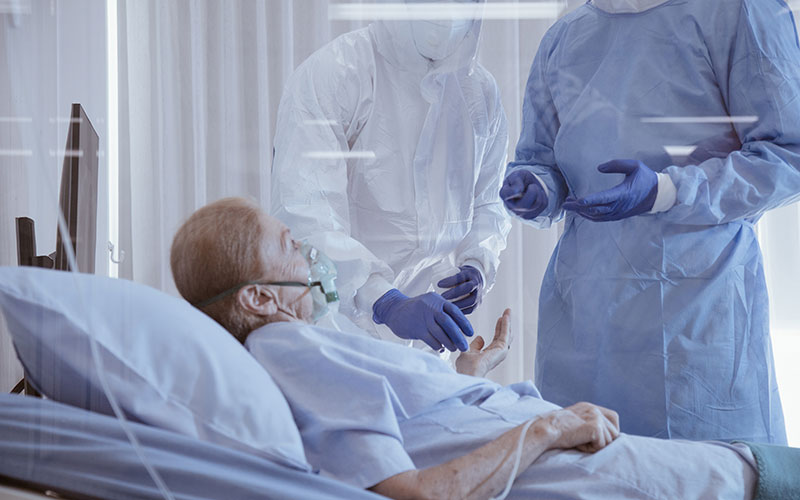 There were nearly 700 more deaths in England and Wales during weeks 33 and 34 of this year than in the corresponding period for 2019, analysis by the Continuous Mortality Investigation (CMI) has found.

The CMI said that this return in 'excess deaths' between 8 August and 22 August was likely due to a heatwave during that period, with the previous eight weeks all recording mortality below 2019 levels.

Its latest update – based on data from the Office for National Statistics – also shows that, overall, there were 2% fewer deaths between 8 August (week 33) to 4 September (week 36) in comparison to last year.

In total, the CMI estimates that there have been 60,600 excess deaths in the UK since the start of the COVID-19 pandemic, which is a decrease of around 4,000 from a previous estimate.

“Deaths in August remained close to normal levels,” said Cobus Daneel, chair of the CMI Mortality Projections Committee. “We will continue to closely monitor the figures, particularly given recent increases in coronavirus cases and hospitalisations.”

Its latest update suggests that cumulative mortality improvement in England & Wales for 2020 was –10.4% at 4 September 2020, compared to +0.1% on 20 March before coronavirus had a material impact.

The August bank holiday was in week 35 of 2019, but in week 36 of 2020, which means that an unadjusted comparison between those weeks would be misleading, according to the CMI.

It intends to publish its next mortality monitor for week 39 on 6 October, which will coincide with the publication of its update for the third quarter of 2020.