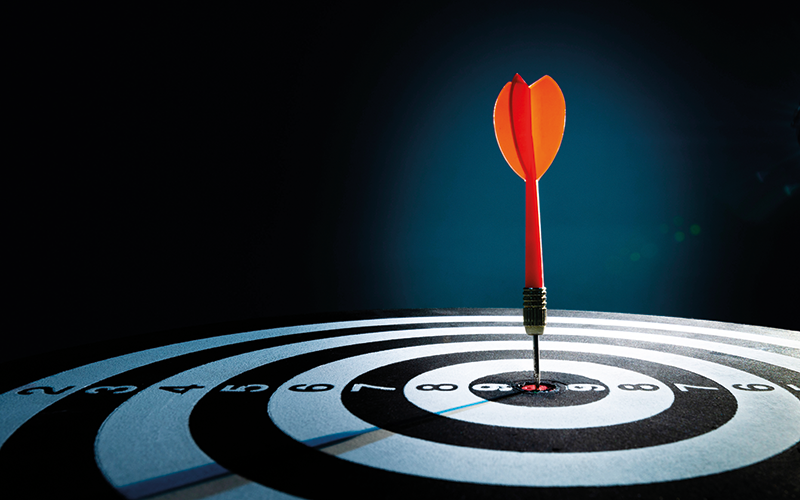 Insurance companies often find it difficult to judge the relative ‘usefulness’ of a proposed new investment. ‘Risk-adjusted return’ is probably the most familiar concept, but is often calculated from an asset-only perspective. Another one is the ‘return on regulatory capital’, but it tends to punish equities and promote an artificially high solvency ratio at the expense of long-term growth.

The biggest players in the industry have built sophisticated internal models intended to be more appropriate to the company’s own risk return profile. However, the investment team might feel unsure how such guidance is determined, or whether it is completely reasonable.

The Sharpe ratio was developed by the Nobel laureate William F Sharpe and is used to help investors understand the return on an investment compared to its risk. The ratio is the average asset growth rate in excess of the funding (short-term borrowing) rate per unit of investment volatility.

To help insurers achieve efficient and consistent investment decision-making, I propose a new concept called the ‘Solvency Sharpe ratio’ (SSR). The SSR is the average asset growth rate in excess of the liability discount rate per unit of solvency risk. The formula is constructed similarly to the conventional Sharpe ratio formula, but everything is adapted to a whole-balance-sheet perspective.

The SSR can be calculated using a back-test, for comparing an insurance company’s own performance between different time periods or for comparing different insurers. Alternatively, it can be calculated on a forward-looking basis using stochastic simulations, to help make strategic asset allocation or other important decisions. Shareholder dividends must be added back so as to account for the true extent of asset growth.

For companies with thin capital, a stochastic simulation might produce a number of insolvency scenarios, rendering the denominator incalculable. In such cases, we can apply an insolvency penalty factor to the whole formula. One way of calculating a penalty factor is Exp(0 – percentage of insolvency cases).

The numerator is what the investment team is most interested in; the denominator is what the capital team and the regulator care about. Investment people love the Sharpe ratio and actuaries love the Solvency ratio. The SSR provides the best of both worlds. The concept also encourages the two sides to work more closely together.

Figure 1 and Figure 2 show the asset allocation and efficient frontier respectively of an average UK insurer. At each point along the efficient frontier, 1,000 scenarios were generated for solvency ratio development over 10 years. The median SSR across all the scenarios is taken as the representative value at that point. 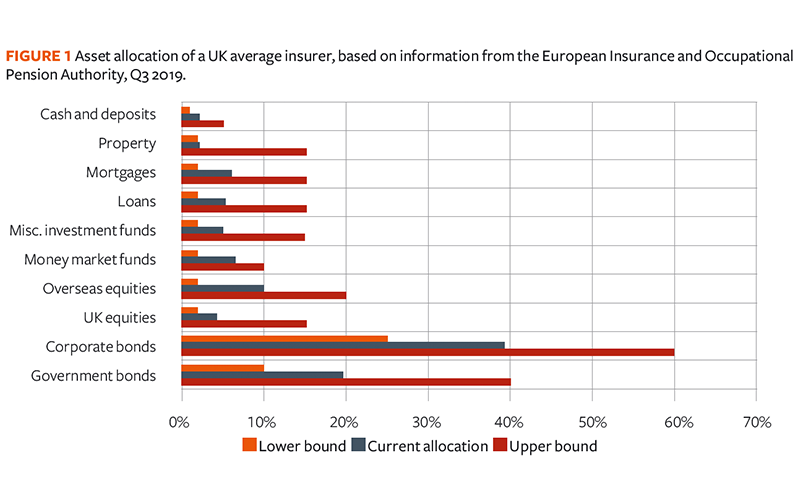 Figure 2 highlights two red points – the two local maxima of the SSR. The lower red point consistently turned out to be the ‘minimum risk’ point of the entire efficient frontier. This was a pleasant surprise, since we only knew that the investment volatility was minimised, but it turned out that the SSR would also ‘agree with’ the relatively high efficiency of this ‘minimum risk’ point. 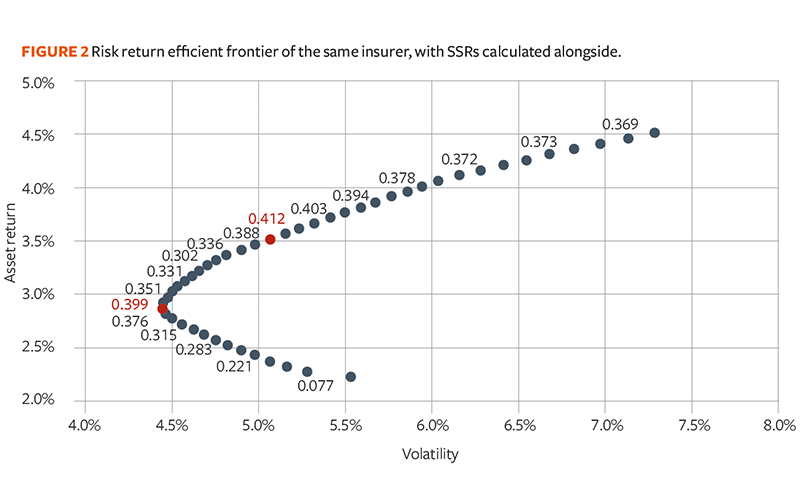 The higher red point is of more interest, having a higher target investment return of 3.6%. The SSR maximises here not through minimisation of risk, but due to a new optimised balance of risk and return, which should be quite interesting to any asset allocator wishing to reach higher than the ‘minimum risk’ plan.

A possible explanation for the existence of this additional point is that the SSR calculation takes into account the cumulative growth of a higher-risk plan, providing a stronger buffer to the downside as time passes compared to the minimum-risk plan. Such a time-evolving cumulative benefit is not in the efficient frontier calculation, because the efficient frontier is based on a static correlation matrix of asset class returns.

The balance sheet modelled was assumed to have had a 300% solvency ratio to start with, providing adequate capital headroom for accommodating different asset allocations, some of which contained capital-heavy growth assets. If we had assumed that the company was thin on capital, the insolvency penalty factor would have come into play and the second point would have moved down quite a bit.

Before and after COVID-19

In Figure 3, the orange points are the optimal points as of September 2019; the grey points are the optimal points as of May 2020. The optimal allocation strategies appear to have ‘stretched out’ over time, suggesting that insurers should buy more risky assets after COVID-19. However, European insurers are more restricted than their global peers in terms of investment freedom. Thanks to less penalising capital charges, insurers across the US and Asia-Pacific regions can take advantage of spread widening and market dislocation opportunities to increase exposure to more alternative fixed income and return-seeking assets. 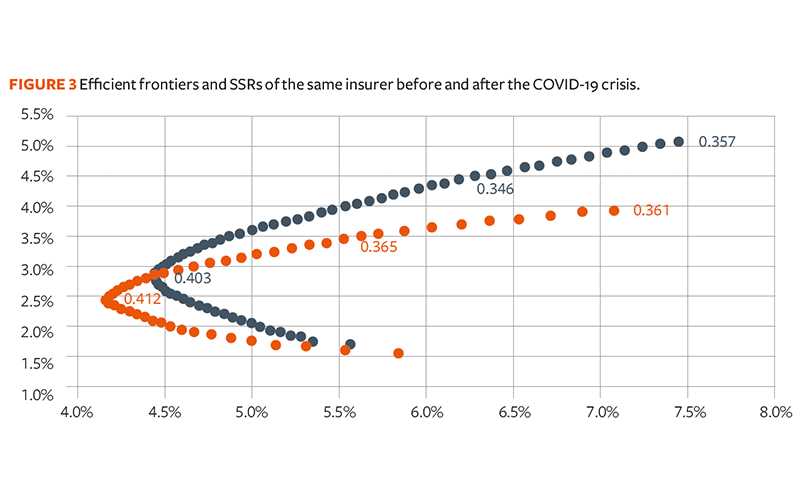 With the SSR you no longer have to ‘guess’ which point is the best along the efficient frontier. Before 2008, people generally believed that equities and bonds should demonstrate a negative correlation. In 2013, no one anticipated prolonged negative interest rates. At the end of 2019, we did not imagine the onset of COVID-19, and its potentially long-lasting consequences.

Surprises are becoming the norm. A responsive and robust metric such as the SSR could be useful for building a sound strategic asset allocation, especially when onboarding an unfamiliar alternative investment strategy.

This article appeared in our September 2020 issue of The Actuary.
Click here to view this issue
Also filed in:
General Features
Topics:
Investment
General Insurance