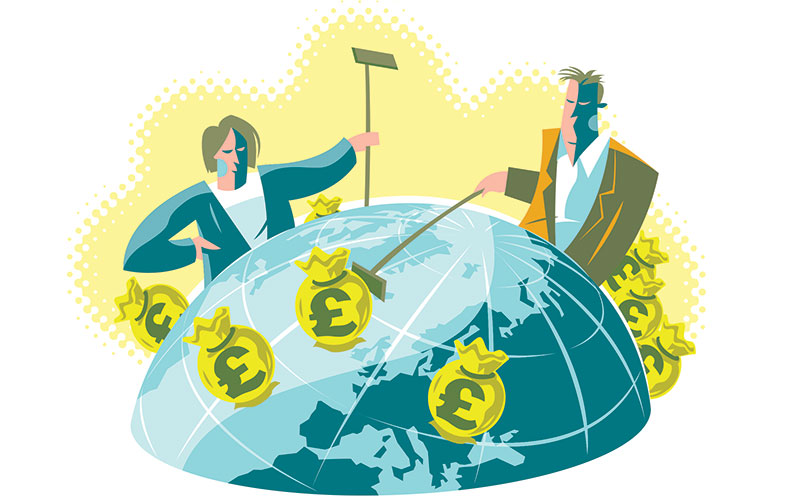 Let’s get this out of the way: tax evasion is illegal. However, tax avoidance is fine, in the eyes of the law. Fair or not, a common complaint is that companies aren’t paying their fair share of tax. Public opinion on the matter is strong, with most sharing this viewpoint.

This is a tricky subject. Many of us have heard and complained to others about how particular companies aren’t paying their fair share of tax. And we’ve probably done that without taking the time to check the accuracy of our statement. Some firms seem to hit the headlines for tax avoidance much more than others – but nothing ever seems to be done about it. Why?

Corporate tax is levied against a company’s profits – its earnings minus the costs associated with generating those earnings. Ultimately, it is incredibly difficult to untangle legitimate spending to create revenue from a complex machination of hidden overspends that form an opaque web of corporate activity.

A multinational company primarily operating in a tax jurisdiction that levies high corporate tax rates against company profits may wish to keep more money for itself. After all, more money is better than less money, right?

In the UK, for example, the corporate tax rate is 19%. In the Republic of Ireland it is only 12.5%. A multinational company with operations in both countries could thus move some of its UK-related profits to Ireland in order to avoid paying the higher rate of tax on them.

One way to do this would be for the Ireland-based entity to loan the UK entity money, charging very high rates of interest. The UK entity’s profits would be lower after deducting the interest payments. Overall, the company is paying lower corporate tax by simply moving the money around.

The Ireland-based entity could also provide IT or HR services to the UK entity on an inter-company basis. These services often do not have a direct link to profit-generating activities but are a vital component of corporate success. By charging high fees for these services, the company would be paying another part of itself, and – as a consequence – paying less tax.

So companies with operations spanning the globe have a wide range of opportunities to move money around before paying any tax. From a moral standpoint, the consensus seems to be that they should not be doing this. Corporate tax is used by governments to improve the lives of their people. It would be reprehensible to avoid paying.

On the flip side, a company is by its very nature a competitive, self-serving machine. Our system promotes competitiveness to provide the best product for consumers. If a company is not considering tax-legitimate means to preserve its position, and its competitors are, it could fall behind the curve. So, how can we attribute profits fairly between countries?

The easiest solution could be purely policy-based, with all countries and tax jurisdictions uniting to charge universal corporate tax rates. This would render moving money around futile.

For a small country, though, a lower corporate tax rate can help to attract jobs and high absolute levels of income. Losing these could deal a serious blow to the country’s economy. Without other motivation, why should they do it? It quickly becomes an unfeasible solution.

Alternatively, sources of revenue between different countries could be used to allocate profits before tax to each tax jurisdiction. Again, though, this would benefit some countries while having a detrimental effect on others – and the latter may opt for a different corporate tax structure that sees the company hit twice by tax charges.

While efforts have been made in recent years to curb tax avoidance activities, there is still a long way to go. Unfortunately, the existing international autonomous regimes only serve to keep matters as complex as possible.

This article appeared in our July 2020 issue of The Actuary.
Click here to view this issue
Also filed in
Students