Stochastic claims reserving models are not widely understood – but Robert Scarth wants to change this. Here, he discusses models for one-year risk 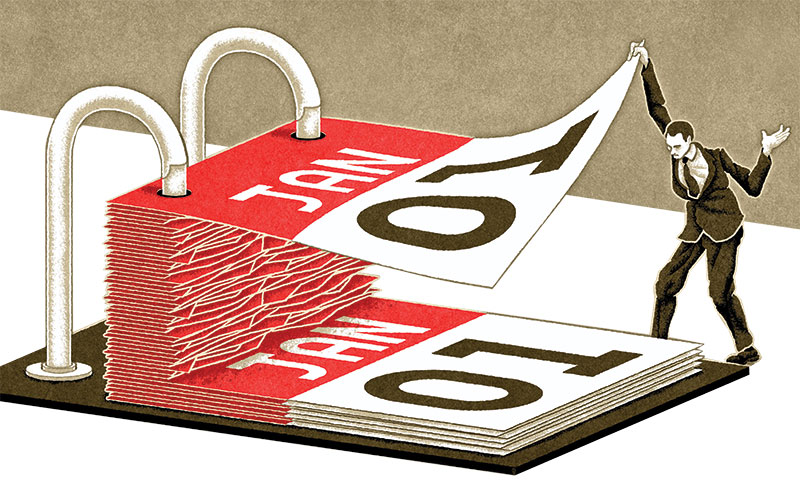 Traditionally, actuaries analysing claims reserves seek a point estimate of the future claims payments. This is often calculated using a fairly simple method such as the basic chain ladder or the Bornhuetter-Ferguson method, and judgment is frequently used to adjust the methods. In the 1990s, Mack’s model and the over-dispersed Poisson (ODP) model provided stochastic models for the chain ladder. These models were often used by insurers as part of the calculation of regulatory capital requirements. Both the regulations and the models took an ultimate view of the claims reserve risk – that is, they considered all possible variation in the claim payments between the current time and the final settlement of all claims.

The ultimate view has limitations. Profits are reported and business plans made on an annual basis. For some risks, such as investment risk and operational risk, there is no equivalent to the ultimate view taken for insurance risk. It therefore makes sense to take a one-year view of reserve risk. Many current regulations require insurers to take a one-year view of risk.

The one-year view of reserve risk considers the movement of the best estimate of ultimate claims from the start of the year to the end of the year. This is called the claims development result (CDR). 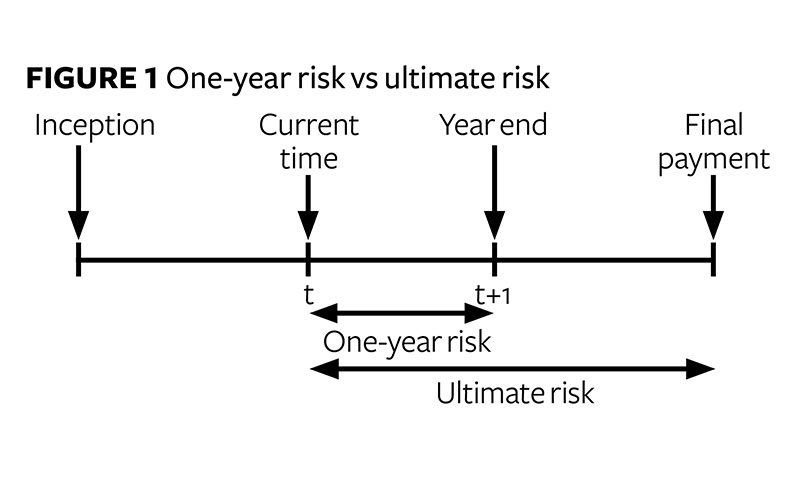 At the start of the year we do not know what will happen during the year, and so we cannot know what the best estimate of ultimate claims will be at the end of the year. We can, however, express our view of the CDR as a distribution.

Several methods have been proposed to estimate this distribution. Three commonly used methods are:

The actuary-in-the-box is a general procedure for estimating one-year reserve risk. It assumes that we already have an algorithmic method for setting reserves, and then specifies a procedure for simulating the next year of claims data and re-applying the algorithm to get the distribution of the best estimate of ultimate claims at the end of the year. This can be used to calculate any risk statistic desired. It can also be iterated to give an understanding of how the risk will emerge up until the whole triangle is run-off.

The most common way to use the actuary-in-the-box is to apply it to a bootstrapped model of a claims development triangle. For a bootstrapped Mack or ODP, the procedure is :

One fundamental limitation of this procedure is that the method cannot adequately capture the judgment used by a real-world actuary in setting reserves, or many of the other subtle aspects of a complex reserving process. Another limitation is that the actuary-in-the-box method cannot make use of information that is not contained in the claims data used by the underlying model, which would likely be considered by a real-world actuary.

Emergence patterns are a family of methods rather than a single method. All the different versions are based on the simple idea of applying a scaling factor to the ultimate risk to derive the one-year risk.

Emergence factors are an apparently simple method that can easily be explained and applied in cases where other methods cannot be applied, or do not give reasonable results. However, there are several different versions of the idea, and many other hidden complexities. Furthermore, there is no widely accepted method of parameterising emergence factors, and the methods that have been proposed all have limitations. 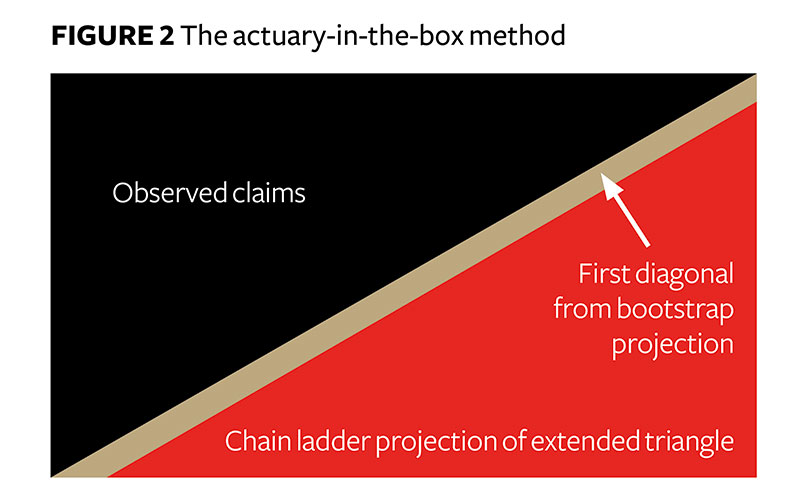 The Merz-Wüthrich formulas are simple enough to be calculated in a spreadsheet and can be calculated as a straightforward extension of the calculation of Mack’s formulas. However, they apply only to Mack’s model of the chain ladder. If any alterations are made to the model, such as curve fitting, then the formulas no longer apply. The formulas only give the MSEP; to get other statistics distributional assumptions must be made.

While I’ve focused on the one-year view of risk, I strongly believe that neither the ultimate nor one-year view of risk is definitively correct or superior to the other. They take different views of the risk, and both provide valuable insights while having their own limitations. No understanding of reserve risk is complete unless you understand both.

Many different methods for estimating one-year reserve risk have been proposed; I have outlined three of the most commonly used. These are described and discussed in much more detail in the Pragmatic Stochastic Reserving Working Party’s paper ‘A Practitioner’s Introduction to Stochastic Reserving: The One-Year View’, which can be downloaded from bit.ly/3dT0xyb