Matthew Edwards and Stuart McDonald investigate how COVID-19 mortality compares to previous pandemics, and what its effect on UK mortality this year could be 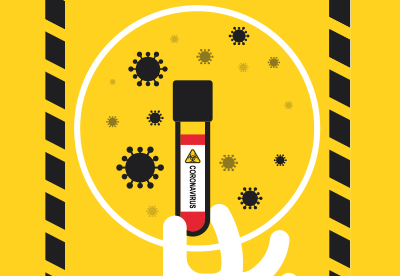 At the time of writing, it is likely that – following the steady exponential growth seen to date, with an approximately 130% daily growth in cases in the UK – we will have of the order of 40,000 cases reported when this issue is published, and thousands of associated deaths. Readers in many other countries will be facing similar situations, but with the absolute numbers varying.

We will still be on the ‘ascending’ part of the curve, and wondering when we might be able to claim the peak is in sight – let alone that we are descending.

As with any infectious disease, there are two aspects to worry about: how infectious COVID-19 is – and thus how quickly it spreads – and how lethal it is if you are infected. So far, the experience in Italy provides a reasonable guide to lethality. However, infectiousness (seen via the ‘R0’ reproduction parameter that is central to much pandemic modelling) is harder to quantify usefully, partly because it depends so much on the cultures, systems and awareness of the countries studied. For instance, it is likely that the rapid spread of COVID-19 in Italy and Spain compared with the UK relates in part to the more ‘tactile’ nature of personal interactions in those countries.

For lethality, the experience in Italy so far, published by the Istituto Superiore di Sanità (www.iss.it), provides a valuable reference point thanks to the age and gender splits.

The gender split is interesting, with men making up 60% of cases and women 40%. The disease also appears to be far more lethal for men, with men accounting for 73% of deaths and women 27%.

Italy is well known for its high age distribution, following a long period of extremely low birth rates, and this is clearly a factor in the disturbing death statistics that have been reported from the country. If we take the crude mortality rates shown in Table 1 by age band and gender and apply them to a UK population profile, they decrease by a factor of around 70% (with slight variation by sex). Note that there may be an interesting effect going on here relating to a variation of the extent of testing by age (and possibly gender); we have not attempted to allow for this, and in any case, the same phenomenon might reasonably apply elsewhere.

We can compare these adjusted rates with the mortality expected from seasonal influenza. For this, we have used recent data from the USA’s CDC, which provides a very useful age breakdown and is consistent with the World Health Organisation’s overall estimate of influenza. This data shows a 0.5% mortality rate from influenza for people aged 50 and above. Note that here we mean mortality in the sense of ‘case fatality rate’ – ie the probability of death given the infection, not an overall population rate.

"The rapid spread seen to date makes COVID-19 considerably more infectious than not only normal influenza, but also the 1957 and 1968 influenza pandemics"

One problem with a useful comparison is the number of undiagnosed COVID-19 cases. The UK’s chief medical officer recently suggested a factor in the range 10-20 as a reasonable allowance, although if 20% of COVID-19 instances express as severe symptoms, this factor could be nearer 5. There is also the fact that any mortality estimate based on deaths and cases will be distorted by a ‘time lag’ effect. If you are diagnosed with the condition, you are not exposed to the risk of immediate death, and correspondingly it is misleading to compare deaths ‘today’ with cases ‘today’. The time lag is of the order of 10 days.

With suitable adjustments and allowances for these aspects, we estimate that the mortality of COVID-19 is around 3.5% for men aged over 50 and 2.5% for women aged over 50. This is around six times as lethal as normal flu. Table 2 also shows plausible upper and lower bounds, with particular regard to varying the parameterisation for undiagnosed cases and the time lag effect.

This puts COVID-19 somewhere in the range spanning the major pandemics of the 20th century. Note that the figures in Table 3 relate to all ages, rather than the 50+ age range used above.

The problem of infectiousness

The above simple comparison, however, considers only lethality ‘post-infection’. As already noted, there has been great variation in published results to date regarding infectiousness. However, it seems clear that the rapid spread seen to date, no doubt exacerbated by the phenomenon of asymptomatic infectiousness, makes COVID-19 considerably more infectious than not only normal influenza, but also the 1957 and 1968 influenza pandemics. It also looks likely to be more infectious than the Spanish flu of 1918.

Putting this together, then: we have something that is around six times as lethal as normal influenza – so probably of (at least) similar lethality to the 1957/68 pandemics – but is more infectious.

The infectiousness is not just a problem of the total number of people infected, but also the speed at which they are infected and become (in some cases) in need of hospital care. Readers in the UK will no doubt have seen the chief medical officer’s presentations regarding ‘flattening the curve’: high- speed infection will lead to a concentration of cases (over time, not in the geographical sense), swamping healthcare facilities (as was the case in Northern Italy in March).

One lesson from Figure 2 is how effective the containment measures put in place against SARS were, keeping the ‘Pandora’s box’ closed. In contrast, once coronavirus (literally) flew out of China to a large number of unprepared countries, the game was up.

It takes only a few seconds of calculations to realise we could see a doubling of mortality in the UK this year (or, at the very least, for the second half of this year).

Moreover, the above perspective considers only those deaths directly relating to COVID-19, and overlooks various likely and material indirect impacts. The likely surge in patient volumes at healthcare facilities related to a sustained COVID-19 outbreak would mean a corresponding squeeze on access to care (and thus increased mortality) for patients already suffering from other serious conditions in secondary care. There would be an equivalent but less severe effect at the primary care level. Quarantine and self-isolation will also have a detrimental effect on those suffering from chronic conditions at home. The healthcare workforce will itself be depleted by absences. Furthermore, supplies of medicine taken for granted will potentially be adversely affected by production supply chain issues.

There is one material mitigating point from an actuarial perspective, if not from that of affected individuals: COVID-19 will disproportionately affect the less healthy (in particular, people who already have chronic conditions), so the mortality impact does not consist entirely of ‘new’ deaths but will include a material proportion of ‘accelerated’ deaths – leading, therefore, to correspondingly reduced mortality in later years. Also, we would hope that this year’s large increase in mortality is a one-off: we would certainly not expect the increase to be repeated at similar levels in the foreseeable future.

The world has been caught off-guard, as is generally the case with extreme events of any type. Even where insurers are confident that their capital modelling puts them in good stead for the magnitude of this emergency, there is still an urgent need for actuaries to find reliable outputs to help with planning and also any decisions necessary for assumption reviews.

To this end, a small group of life actuaries and medical experts are collaborating as an ad hocworking group. Our immediate aim is to help actuaries formulate views through our publication of short bulletins or longer studies on aspects such as essential numbers, medical aspects and pandemic model projections. If you would like to know more, please contact the COVID-19 Actuaries Response Group at bit.ly/2UheCgz

Matthew Edwards is a director at Willis Towers Watson, where he leads the life demographic risk group. He is chair of the CMI

Stuart McDonald is head of Demographic Assumptions and Methodology at Lloyds Banking Group, and sits on the CMI’s Executive Committee as CRO