Out of the moral maze 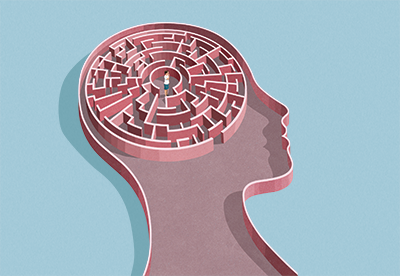 In November 2018 a media uproar gripped South Africa. A man had been killed protecting his wife during a hijacking, and the insurer declined the life insurance claim.

It transpired that the policyholder had not disclosed material medical information upon application, which rendered the policy void. In a country with some of the highest rates of violent crime in the world, emotions ran high. Even prominent politicians waded into the Twitterstorm that erupted, putting pressure on the insurer to pay out – and eventually it did.

Reputationally, this was probably the right decision, but ethically? Was the insurer acting unfairly towards its other clients, who would face hiked premiums following worsening claims experience, by tacitly condoning the practice of non-disclosure? Unlike neat mathematical problems, the solution to an ethical dilemma is never unambiguously right or wrong. As actuaries we may feel removed from life-and-death ethical dilemmas, but cases such as this, as well as recent scandals in the financial sector, are making professionals think more consciously about ethical behaviour in the workplace and the decisions we may need to make to ensure we treat stakeholders fairly.

The actuarial profession clearly recognises the value of ethical training, but are we aware of the tools available to guide our ethical decision-making? One way to hone our ethical skills may be to learn from doctors, who face life-and-death situations daily, and from bioethics, the branch of ethics pertaining to health practitioners.

An ethical approach that has become synonymous with bioethics is principlism and, more specifically, the four principles of healthcare ethics: beneficence, non-maleficence, justice and autonomy.

Principlism examines moral dilemmas based on the application of certain ethical principles. It has been enthusiastically adopted in the medical field because it offers a more practical way to deal with real-world ethical dilemmas than more traditional and theoretical schools of thought, such as virtue ethics, deontology and consequentialism.

The origins of principlism go back to Hippocrates in the sixth century BCE. The Hippocratic Oath, still recited by graduating doctors today, incorporated three of the four principles:

1. Beneficence (do good): “Whatever houses I may visit, I will come for the benefit of the sick”

2. Non-maleficence (do no harm): “Whatever houses I may visit, I will remain free of all mischief”

3. Justice (fairness): “Whatever houses I may visit, I will remain free of all intentional injustice”

The addition of the fourth principle, autonomy, or the practice of informed consent, came about as a result of the Nuremberg Code of 1947. The code, in delimiting permissible medical experimentation on human subjects, mandated the absolute necessity of attaining voluntary consent, as well as all the necessary conditions, such as legal and mental capacity, free choice, no coercion, no manipulation of information, and comprehension. These conditions represent competence – a patient cannot be autonomous if they are not competent, and, to employ alliteration, they are only competent if they are not drunk, depressed, demented, delirious, drugged or delusional.

The concept of the four principles as the foundation of bioethics was set out by the US philosophers Thomas Beauchamp and James Childress, whose 1985 book, Principles of Biomedical Ethics, is still the go-to resource for medical students, researchers and academics in the field.

The problem with principlism is that it is not always precise enough to help people make decisions. It also does not provide guidance regarding how these four principles – which often act in opposition to one another – should be weighted to determine precedence. For example, in the non-disclosure case mentioned earlier, the principle of justice might advocate not paying out the claim, based on what is fair in terms of the contract that was entered into. On the other hand, taking this action might impinge on the principle of non-maleficence towards the family of the victim.

In such cases, the bioethicists propose breaking problems down into a framework of more manageable and objective steps. Applying these steps to the non-disclosure case may look like this:

Justice in respect of the insurance contract and towards all policyholders collectively versus non-maleficence to the policyholder’s family.

2. Establish all the necessary information.

Medical or actuarial facts. The pricing of the insurance contract did not incorporate all the available material information, so was incorrect. Incorrect assessment of risk results in claims experience being worse than expected, which would lead to more conservative assumptions and higher premiums.

Legal implications. Non-disclosure of known material medical information by the policyholder would render the contract void.

The doctor or actuary’s personal values. This could be influenced by whether the actuary has been affected by crime.

The ideas of the patient, policyholder or ombudsman. The beneficiaries of the policy would clearly argue for the claim to be paid. In this case, however, the office of the Ombudsman for Long Term Insurance supported the insurer’s argument that, had the insurer known the truth, the policy would not have been issued.

3. Analyse the information obtained. The insurer would assign appropriate weights to the conflicting issues.

The insurer implemented a policy to pay an amount equal to the death benefit in the case of violent crime deaths, regardless of previous medical history. The payouts are funded from the insurer’s profits and not from its clients’ premiums.

The application of this framework here is imagined, but the outcome – the introduction of a violent crime death policy – is what really happened. In this way, the insurer managed to appease the client and the public while maintaining fairness to other policyholders and the integrity of the principles of pooled risk (at the expense of shareholders).

The lessons to be learned from bioethics could certainly assist actuaries in fulfilling their fiduciary duties. It must, however, be remembered, with thanks and apologies to the Swiss physician Paracelsus, that “Medicine [like actuarial science] is not only a science; it is also an art. It does not consist of compounding pills and plasters [formulae and spreadsheets]; it deals with the very processes of life, which must be understood before they may be guided.”